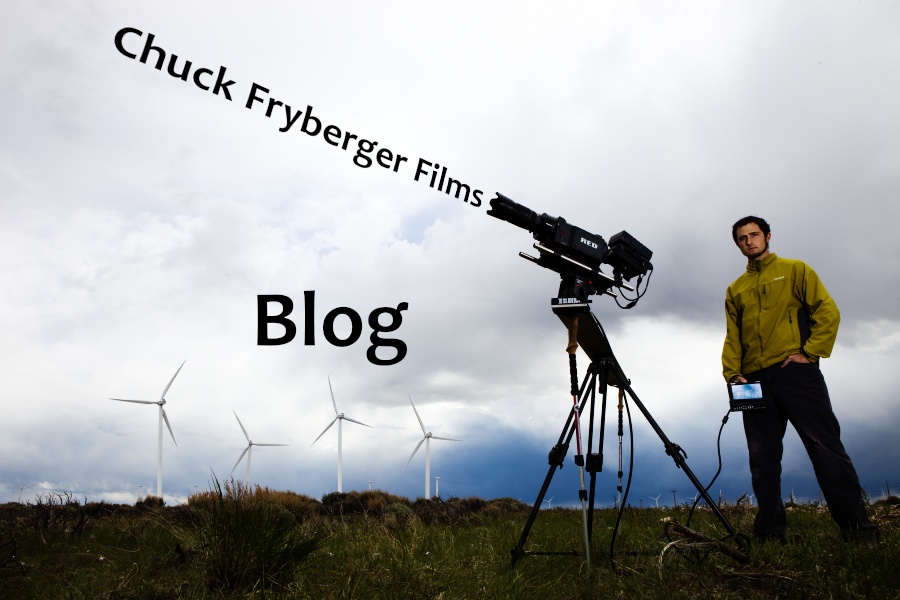 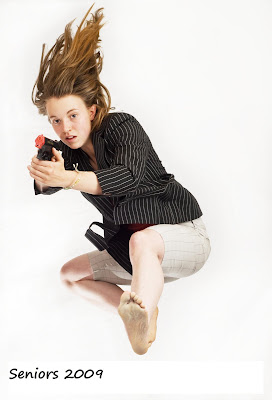 Posted by Movecrafter at 5:10 PM 2 comments:

Video from the new sandstone area

I have some new video from the awesome sandstone area Rob Pizem and I have started developing. Here in this video you can see some of the early route development and get a feel for the style of the climbing there. Rob is in great shape right now and I think his climbing style is very inspiring.

Rob Pizem on Fresh Sandstone
Posted by Movecrafter at 8:50 AM 1 comment:

I spent the last couple of days developing a very nice new area with my friend Rob Pizem. Piz is mostly noted for his traditional climbing achievements (watch for my new video on Deadpointmag sometime soon) but he is also a great boulderer. His new area is a very fine-grained and pleasant dakota sandstone boulder garden, with several short cliff bands as well as some free-standing blocks in the forest.

While the area lacks a 5-star gem there are dozens of blocks yet to be discovered in the thick pine forest. The climbs we did do (at the end of the weekend we had brushed and climbed about a dozen first ascents) were top notch, and the rock seems better quality than other Dakota areas in Colorado.

Piz plans to sink some bolts into a few of the taller faces and the resulting sport climbs should be top notch. There is also potential for a few trad lines on the crack features. I'll post up some photos as soon as Piz sends them to me. He's off climbing a ten-pitch sport route in RMNP today.

Cheers!
Posted by Movecrafter at 8:51 AM No comments:

Great to see the sport becoming so popular. Sort of.

Keep an ear out for these awesome lines:

I'm going Ape-Crazy
AKA a big-ass rock
Motha Chucka
I'm climbing an arch!
Still confused yeah?
own each route
sense of difficulty
I own no
Basically you freefall
stay safe silly gooses.
Clam some stuff
bunch-load
supaman that stuff
sexy sloth technique
gnarly shin-breaking injuries
Posted by Movecrafter at 10:21 AM No comments: 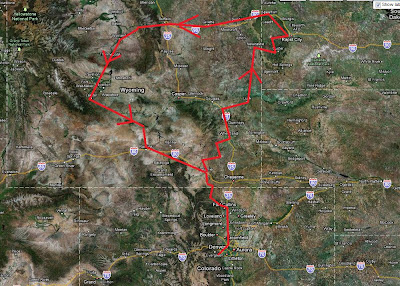 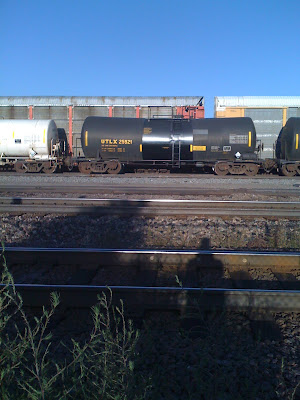 
I just returned from a great week of travelling open spaces and climbing and filming. I am working on two projects at the moment: the Cloudveil Spring / Summer catalog and my next climbing video, which I'm calling Pure II. One of the segments in Pure II is about the West and the climbers who call it home.
On my way across Wyoming I saw an interesting sign.... 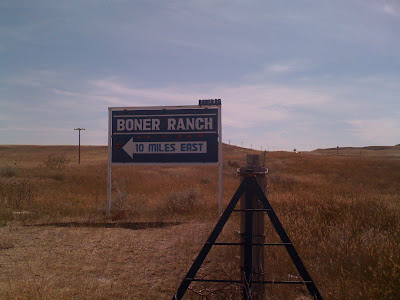 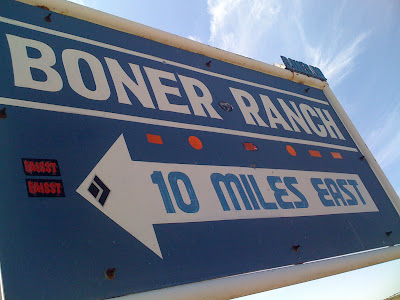 Luke Kretschmar is one of the other climbers on the Cloudveil team so I went and visited his home crag called the VC. The locals in Rapid City are blessed to have this amazing resource right in their back yard. Steep limestone makes for a great alternative to the sketchy granite run-outs of the rest of the Black Hills. Last year I had a great time there and this year was no different. Perfect conditions and some new routes to check out. I managed the second ascent of the Tan Man, a hard 5.13 with some massive reaches that had me thinking 'go go gadget arms' when I was climbing. 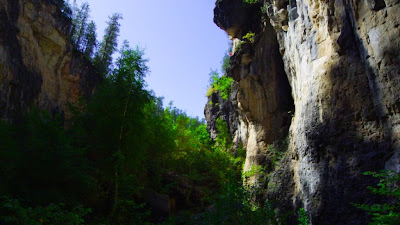 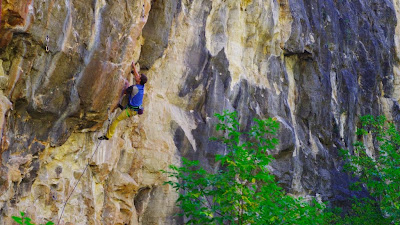 Luke Kretschmar Pulling the amazing red limestone at the VC.


I met up with my friend Ben Scott as well, who came up from Fort Collins with his friend Tam AKA Tom. It was great to see Ben again and it reminded me of our first trip to the Black Hills in 2003 when we filmed a video called Friction Addiction. The climbing in the Hills is so sweet right now its hard to even describe. Fall is great. 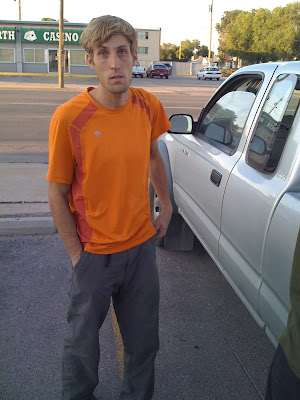 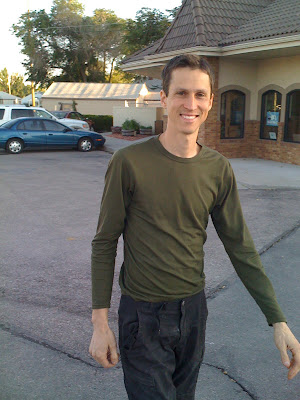 Ben managed to get the employee of the day award by sending The Foot Fist Way, a 5.13 with some poserful... er... powerful moves up a steep face.

Luke had bolted a project to the right of the main wall and said it was cool if I got on it. I figured out the crux after a few tries and then rested for a while and linked through the crux boulder problem that same day. Hard to grade this one since it really just boils down to a few powerful moves. Probably not 5.14 but some other repeats will say for sure in the future.

After a couple days in the VC, we went to Spearfish Canyon for a morning of sport climbing on the near-vertical walls there. The temperature had started dropping but despite the occasional snow / hail flurry and cold breezes the climbing conditions were almost ideal. I managed to onsight a 5.13 and then I called it a day and started the long drive over to Lander.

Of course the drive wouldn't be that long if I didn't stop every five seconds to film something. I'm fascinated with the Wyoming landscape and I just cant get over the beauty of the wide open spaces. I'm lucky enough to be using a camera that can actually stand a chance of capturing such huge surroundings. 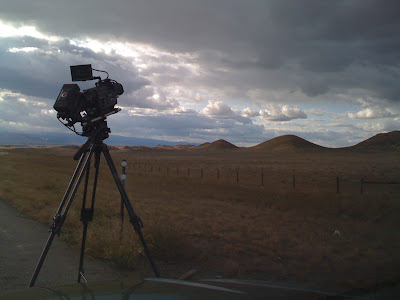 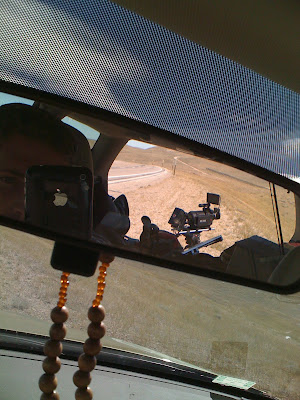 The Red One, shooting time lapses.
Can you find the cows in this time lapse?

I arrived in Lander and settled in at BJ Tilden's house. BJ is a carpenter who climbs 5.14 and his personality, location, and way of life fit in well with the western theme of the video. I filmed BJ as he completed his 10-year project 'Genetic Drifter' on the Rodeo Wave in Wild Iris. Great to see BJ in top form sending the hardest route in Wyoming. 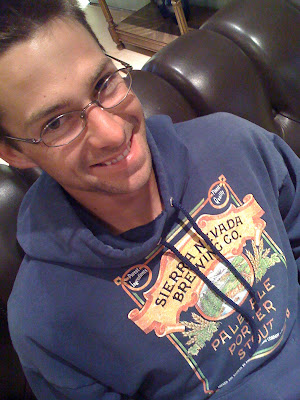 Afterwards, we went over to the Erratic and BJ chucked a lap on Heart Full of Ghosts for the camera. Download a sample of the sickness. Raw footage from Wild Iris. BJ is the man.
I'm looking forward to continuing work on the segment, but first I need to go to Finland and get some footage of Nalle's new trad project. More on that later!
Cheers,
Chuck
Posted by Movecrafter at 9:45 AM 3 comments:

Kilian recently updated his web site with some cool photos from his send of Air Star. Like it? Love it? ENJOY!

Photos and News (in german)

I'm busy scheduling a long visit to Europe to film another segment for my next video. As long as Kilian's in there somewhere then it's gonna be rad. Nuff Said.
Posted by Movecrafter at 9:59 AM No comments: 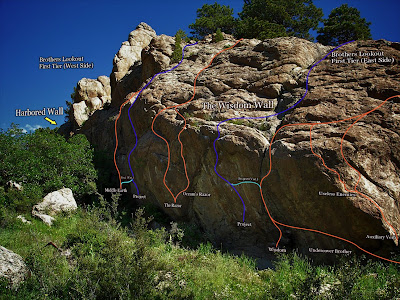 Yesterday on the spur of the moment, a small crew of mostly wounded boulderers went up to Three Sisters in Evergreen with me to try a project on a big south-facing overhang called the Wisdom Wall. According to the Mountain Project page about the area, this project has not been climbed yet. I'm not sure if that's the case because you have to be very careful around this region as hard climbing is nothing new. Guys like Rufus Miller have been ticking hard boulder problems around Evergreen for over two decades and keeping a fairly low profile while they were at it. If in fact the line had not been climbed, I would propose the name Rock Cheetah which is more of a state of mind than an actual type of cat. The line is tall and committing, and the crux move leaves you with only two options once you're committed: stick it or fall hard. On the photo above, Rock Cheetah is the righter of the two projects listed.

I thought the problem was awesome, though aesthetically it is not the greatest. For one, it's on a cliff band - not a boulder. For two, the starting hold is a little hollow-sounding. Other than that though it's really a special problem and I was psyched to come up with the goods yesterday. I also made a quick ascent of Undercover Brother, a nice V9 that links into a highball finish up the classic Wisdom problem. This area would be a great hang in the late fall as it gets a full southern exposure. I'll probably climb there some more this Fall. 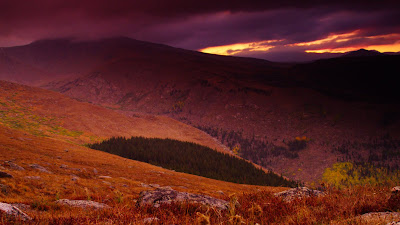 Click the link below to grab a frame from an upcoming video about Rob Pizem. Fall is in the air and this video grab is sure to get you stoked to go enjoy the cool fall temps. Just download it, right-click and select 'set as desktop background'.

The download wont be available forever so get it while its hot!

Download the video frame!
Posted by Movecrafter at 10:16 AM No comments: 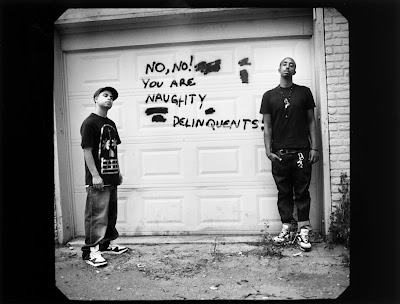 Throughout the last five years, I've used the music from my friend Yonnas and his band The Pirate Signal in tons of my climbing videos and advertising work. His style is great and he's a true artist. I went to school with Yonnas and I'm really psyched that he has been able to hack out a living in the meager Denver hiphop scene. I am always psyched when I get to license some of his work for my videos.

He's just released two new tracks and they are available for free download (get em' while they're hot!)

If you like the tunes, you should check out their catalog on ITunes.

And,
Love In The Time Of Swine Flu:
Posted by Movecrafter at 9:44 AM No comments:

I re-did my home page recently so head over there (link above) and let me know if it works. I'll still be changing the navigation around, but this site is intended to be a cleaner, simpler site than the previous one.

Cheers, happy Wednesday!
Posted by Movecrafter at 7:44 AM No comments:

But the coverage from Top Gear is without a doubt some of the sweetest (and most well-financed) video ever. Just wait till the end:

Posted by Movecrafter at 7:24 AM 4 comments: